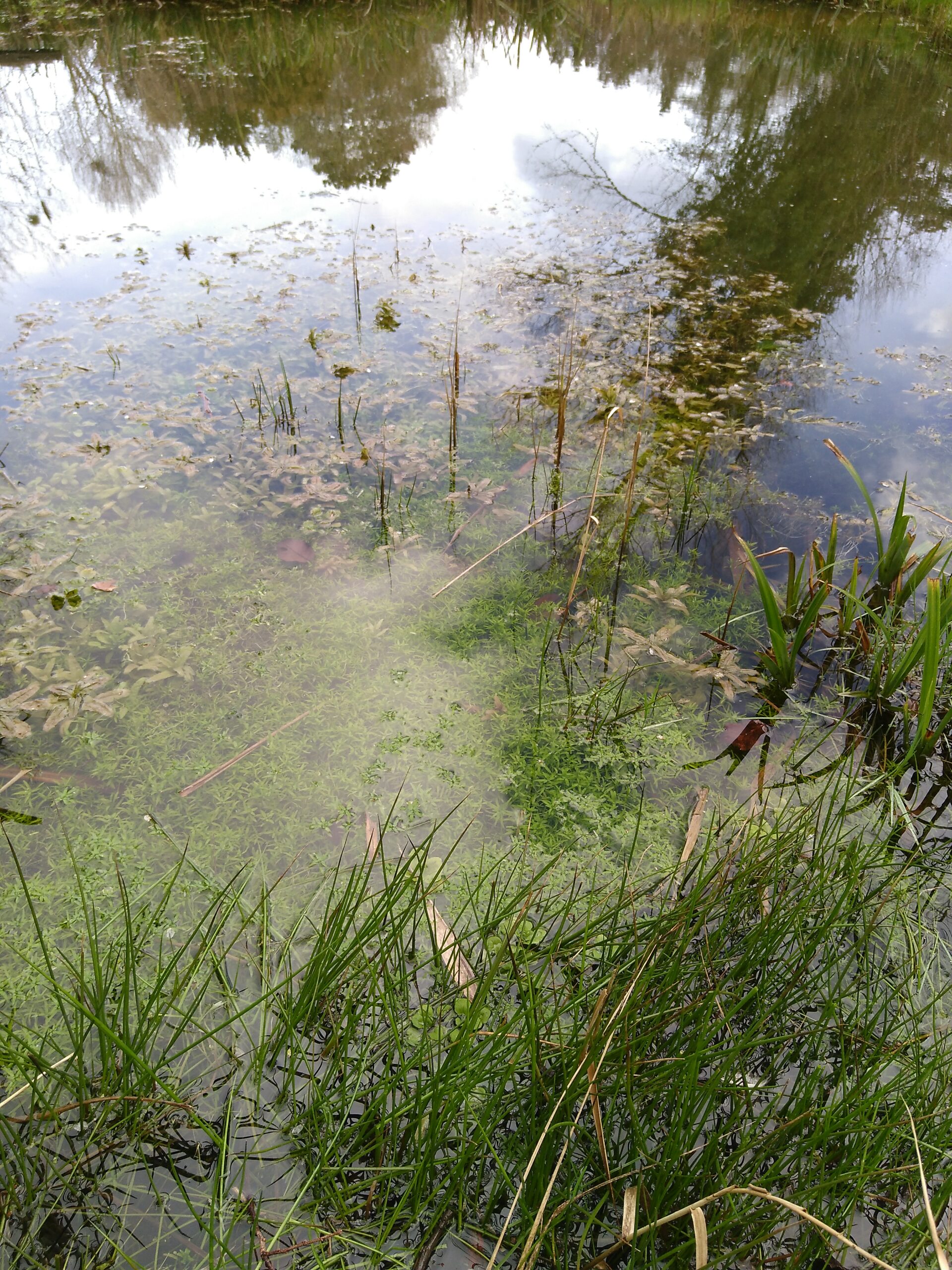 The reserve occupies four acres and was let to the University in 1894 by St John’s College with permission for use as a skating rink.  Excavation was carried out, leaving an island, and trees were planted on the periphery.  The rink fell into disuse in World War 1 and in 1928 it was sub-let to the Cambridge Ornithological Club with the condition that it should be kept as a nature reserve.  Vandalism was a problem and shortly afterwards local residents formed the Sanctuary Club and took on the responsibility for the maintenance of the reserve.

In 1935 Mr G N Ogilvy took responsibility for the rent for the next 20 years in memory of his son, Ian, who had been a keen member of the Sanctuary Club as an undergraduate at Trinity from 1933-34.  Mr Ogilvy also gave six wooden seats to the reserve, still in use, which carry named plaques to his son.  It was here that the Rev. Edward A Armstrong carried out his research for his famous book “The Wren”.  From 31 members in 1932 the club grew and now stands at around 200.

By 1994 the accumulation of silt had allowed the reeds to encroach upon 90% of the lake and dredging became necessary, as previously in the 1950s.  Some of the large willows near the sluice were damaged by high winds in October 2002 and tree surgeons were employed before the Sanctuary could be opened again.  In the early 2000s new ponds, including Rob’s Pond, were excavated by the Cambridge Tuesday Conservation Volunteers.  These have now been colonised by Great Crested Newts from a derelict swimming pool in a neighbouring garden in Adams Road.  In 2007 generous donations by members enabled the old gates to be replaced.  More recent work includes opening up the north bank of the lake to let in more sunlight and allow grassland plants to grow, and a new hide.  A new bridge across the stream was generously provided by SDC in 2018.

Some notes from 1931
The dam reconstruction was not entirely successful and water is only held when there is a heavy drainage from the Coton fields.  However enough water was held for bulrushes and reed to grow, and Moorhens and Reed Warblers have increased.  A man was employed in October to clear the old paths and cut new ones.  Snipe and Woodcock visited in the Lent term.  Green-backed Shrike nested in the hedge behind Emmanuel Field.  Various points were made to keep some open spaces, to allow in light, to encourage flowers and bushes and thus birds.  On the whole try to get rid of bramble and nettles.

The lessees had the right to dig out the site to make a skating rink.  Thus it does not seem likely that the site had been a coprolite pit.  The lake was used as a skating rink in the early years of the century, and even up to the early 1960s. [Some skating also took place during the cold spell of 2010 December]

The lease expired in 1915 and apparently was not renewed.  No rent appears for it in 1916 or after, so it probably demised in World War I. In 1922 the site was let to Orris Brown, a tenant of the college’s adjacent Grange Farm.  It was not part of the farm. From Michaelmas 1927, Grange Farm was let to Mess. Arnold, but not the skating rink site.

In 1928 the Cambridge Ornithological Club expressed interest in a letter dated 3rd February, from Mr F S Chapman a member and undergraduate at St John’s.  However the site was not let to the bird club but to Mess. Arnold of Grange Farm in 1928.  They had permission to sublet to the bird club and to no one else.

In February 1929 Sir Frank Engledow, fellow of St John’s, wrote to the Bursar to say he had been asked by Miss Saunders, a Fellow of Newnham, and H H Thomas of Downing, to enquire whether the college would let the site to the University Skating Club.  The college refused as this would entail filling the dip with water and that might cause surrounding land to get waterlogged.  The arrangement with Arnolds continued.

On November 13th 1934 Mr Norman Ogilvie wrote to the college to ask if it would sell the site to him for use by the Cambridge Ornithological Club, in memory of his son who had died in Michaelmas term 1934.  The college decided not to sell but to lease him the land for 21 years, at £25 per year, and power to sublet it to the COC.  The lease expired in 1956 and Mr Ogilvie did not want to renew it so it was leased to Prof W H Thorpe, Mr R W Butler (Orthopaedic Surgeon) & Rev E A Armstrong (held in awe for the extent and detail of his knowledge of the wren) at £1 a year from March 1956, with power to sublet to the Sanctuary Club.  This expired in March 1963 when it was renewed for 7 years at the same rent.